NUMO connects diverse allies and actors around urban mobility issues in communities throughout the globe.

Technology is changing everything about how we get around in cities. New tech-based mobility disruptions from electric scooters to ride-hailing apps to autonomous vehicles are part of the transportation revolution. These changes will affect the future of cities and the people living and working in them as well as have implications for the environment, jobs, public spending, governance, health, privacy, safety and more. Whether they move us toward or away from a better future will depend on how we act, how we collaborate and how we challenge the status quo to achieve the best outcomes for all.

Launched in January 2019, NUMO is an outgrowth of the Shared Mobility Principles for Livable Cities. Our mission is to leverage the momentum of significant revolutions in mobility to target urban issues — including equity, sustainability, accessibility and labor. NUMO aligns the actions, investments and values of a growing community of allies to achieve transformational, on-the-ground changes in mobility.

NUMO is an alliance organization of cities, NGOs, companies, mobility service operators, community advocates from diverse sectors and more from around the globe. We see this moment as an unprecedented opportunity to shape a shift in transportation by aligning shared priorities and turning the values of the Shared Mobility Principles for Livable Cities into deliberate, impactful action.

NUMO is hosted by WRI Ross Center for Sustainable Cities.

The NUMO team of experts supports transformational change in mobility. 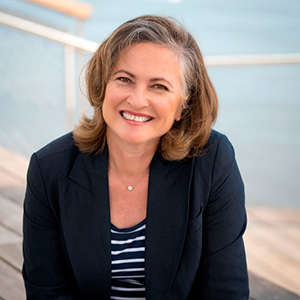 Before joining NUMO, Harriet served most recently as advisor to Ford Smart Mobility, Arcadis, the U.S. Virgin Islands, the State of Louisiana, Georgetown University and many other cities, states and foundations. She also prepared an amendment to Washington, D.C.’s Comprehensive Plan on Autonomous Vehicles. During the Obama Administration, she was principal deputy assistant secretary of the Office of Community Planning and Development at the U.S. Department of Housing and Urban Development, where she initiated the first ever $1-billion National Disaster Resilience Competition. Her work at HUD included helping states, regions, cities, counties and towns across the U.S. build strong foundations for climate change resilience.

Harriet has been a board member of the Washington Metropolitan Transit Authority and the Washington Metropolitan Region Transportation Planning Board. She was the director of the District of Columbia Office of Planning, where she worked to make D.C. a walkable, bikeable, livable, globally competitive and thriving city. Prior to this she was the director of the Governors’ Institute on Community Design, co-founded with former Maryland Governor Glendening. Harriet was also a Loeb Fellow at the Harvard Graduate School of Design. 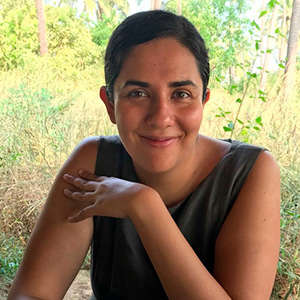 Jyot is deputy director of NUMO. She works to align NUMO stakeholders: the people living in cities and the businesses and governments that run them.

Prior to joining NUMO, Jyot led the new mobility work at WRI Ross Center for Sustainable Cities. Her work involved supporting impact enterprises and city governments to understand emerging models and technologies. She has a particular focus on technology's impact on women in public spaces and equality of access for all urban citizens. Her work had its inception in India and has now grown to cities in Brazil, China and Mexico.

Prior to WRI, Jyot co-founded the Be! Fund, an experimental incubation fund, to invest in businesses by young people living in Delhi’s slums. She started her career in investment banking and consulting.

Jyot has an MBA from the Saïd Business School at the University of Oxford and a Bachelor of Arts degree from Mount Holyoke College. She is an associate fellow with the Skoll Center for Social Entrepreneurship and a Shell Foundation Fellow. 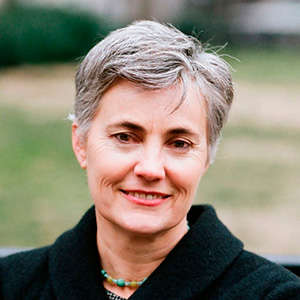 Robin Chase is a transportation entrepreneur and founder of NUMO. She is co-founder and former CEO of Zipcar, the largest car-sharing company in the world, and co-founder of Veniam, a network company that moves terabytes of data between vehicles and the cloud. Her recent book is Peers Inc: How People and Platforms are Inventing the Collaborative Economy and Reinventing Capitalism. Her current passion is working with cities to maximize the transformation possible with the introduction of self-driving cars.

Robin lectures widely, has frequently been featured in major media and has received many awards in the areas of innovation, design and the environment. 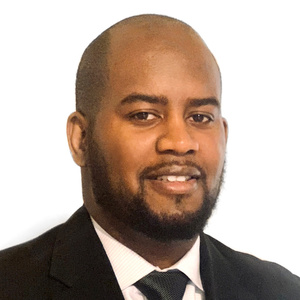 Charles T. Brown is a senior advisor to NUMO and founder and principal of Equitable Cities, a minority- and veteran-owned urban planning, public policy and research firm focused at the intersection of transportation, health and equity. He is also an adjunct professor at the Edward J. Bloustein School of Planning and Public Policy at Rutgers University.

Charles is an award-winning expert in planning and policy and has been interviewed by several notable outlets including the New York Times, Washington Post, Los Angeles Times, the Guardian, VICE and Bloomberg CityLab. He is highly regarded as a keynote speaker and leads workshops on transportation, health and equity for audiences worldwide.

Charles previously served as a senior researcher with the Alan M. Voorhees Transportation Center at Rutgers University, where he authored several groundbreaking national and local studies that redefined how experts analyze the role of race and racism in transportation and mobility. In 2020, Charles was part of the inaugural class of the Public Voices Fellowship on the Climate Crisis, which is managed by the Yale School of the Environment.

Charles is a military veteran and a recipient of the Mississippi Commendation Medal and Global War on Terrorism Service Medal. He has a Master of Public Administration degree and graduate certificate in urban and regional planning from the University of Central Florida, where he received the 2020 Alumni Achievement Award for Public Administration. He also has a Bachelor of Science in Management degree from Belhaven College, where he received the James W. Park Academic Achievement Award. He is a certified instructor with the League of American Bicyclists, received a Crime Prevention Through Environmental Design Professional Designation (CPD) from the National Institute on Crime Prevention and is also a proud and active member of Kappa Alpha Psi Fraternity, Incorporated. 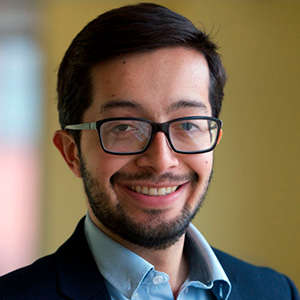 In addition to NUMO, Sebastian is an Urban Efficiency and Climate associate with WRI Ross Center for Sustainable Cities, where he provides advice and support to cities in designing and implementing low-carbon, high-efficiency transport solutions and policies, including electrification of the transport sector, fuel economy policies and Intelligent Transport Systems (ITS), among others.

Sebastian holds a bachelor's degree in electronic engineering from the Universidad de los Andes (Bogotá, Colombia), a master’s degree in project management and technology from the École des Mines de Saint-Étienne (France) and an MSc. in transport planning and the environment from the Institute for Transport Studies at the University of Leeds (UK) where he is currently pursuing his PhD looking at the intersection between new mobility and public policy. 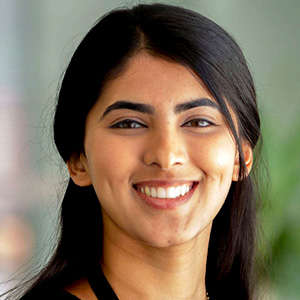 As the Grants & Finance Specialist II, Monica manages NUMO’s finances, coordinates day-to-day operations and supports senior staff members with the acquiring of and complying to all of the team’s grants. She works closely with her colleagues to support and fund organizations and projects that emphasize equity, access and sustainability.

Monica joined NUMO as one of the first employees and worked closely with her colleagues to build out the team from an initial six-million-dollar grant.

Prior to joining WRI, Monica was Executive Assistant to the lead co-counsel of the high profile “Juliana vs. U.S.” climate change case. She was also selected as a Fellow for the Gender, Equity and the Environment program at the Sierra Club and was a blog contributor with the Worldwatch Institute.

Monica holds a B.A. in political science with a minor in public policy from the University of California, Berkeley. Her primary focus throughout her undergraduate career was on sustainable development and environmental justice. Now in her professional life, she continues to refine this focus towards sustainable finance. 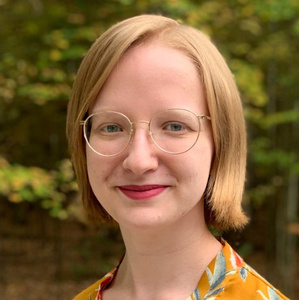 Lydia Freehafer is the Research Assistant for NUMO. She supports multiple research projects related to new mobility services, including electric bikes and scooters.

Prior to joining NUMO, Lydia was the legislative and climate intern for Environmental Advocates NY, a state government watchdog group based in Albany that fights for transformative environmental policy. She revitalized a policy toolkit to help municipalities across New York electrify their vehicle fleets, and authored a report evaluating the success of statewide sustainability programs. 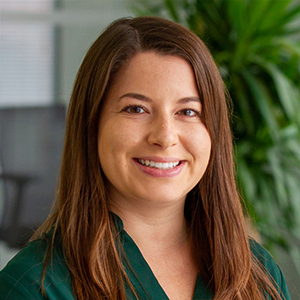 Leanne Kaplan is Alliance and Policy Manager for NUMO. She leads NUMO's policy work as well as efforts to align stakeholders and build support for NUMO.

Prior to joining WRI, Leanne interned at the United Nations Human Settlements Programme (UN-Habitat), assisting countries in planning metropolitan regions for sustainable urbanization. She previously worked as a special events manager at the Central Park Conservancy in New York, building support for the work of the Conservancy and securing in-kind and financial donations for fundraising events.

As a graduate student, she worked as a consultant for Fundación Corona to help implement open government in Colombian cities. Leanne holds a Master of Public Administration from Columbia University's School of International and Public Affairs, and a Bachelor of Science in communications from the University of Miami. 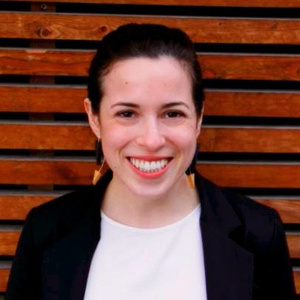 Leah is a Research Associate for NUMO, where she conducts research on emerging mobility trends including electric vehicles, ride-hailing and micromobility.

Prior to NUMO, Leah joined the World Resources Institute in 2017 as research analyst for the Coalition for Urban Transitions, where she researched how national governments can foster sustainable, inclusive cities for the flagship Climate Emergency, Urban Opportunity report. Since then, Leah worked on the intersection of circular economy and climate with PACE (Platform for Accelerating the Circular Economy), and was part of WRI's International Climate team, where she authored resources on just transitions to a zero-carbon future, including over 30 case studies for the Just Transition and Equitable Climate Action Resource Center.

Before joining WRI, Leah worked on Siemens' Urban Development team in London, where she developed a quantitative model estimating infrastructure requirements for electric transportation. She previously worked in the food systems field, including a Jewish food justice non-profit in Philadelphia and volunteer roles on Philadelphia’s Food Policy Advisory Council and the Board of Directors of Fair Food Philadelphia.

She holds an M.Sc. in Regional and Urban Planning Studies from the London School of Economics and Political Science and a B.A. in Food System Studies from Tufts University. 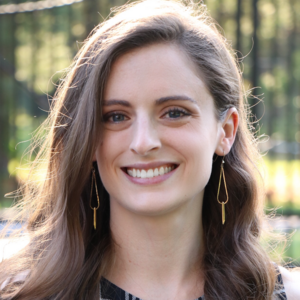 Madlyn leads communications for NUMO. She works to build awareness of and support for NUMO and the alliance’s work by engaging with the media, experts and the public.

Prior to joining NUMO, Madlyn worked as a writer, editor, journalist, producer and communications consultant. She was the senior editor of The Fem Word, a digital platform dedicated to amplifying the voices and stories of women around the world; wrote the script for an award-winning short documentary film following a Bangalore girl's journey to win a life-changing spelling bee; and provided communications, marketing and public relations support for non-profit organizations and a sustainable retail brand. Her work has appeared on PopSugar and DC Trending, among other publications.

Madlyn holds a B.A. in English from the University of Virginia. 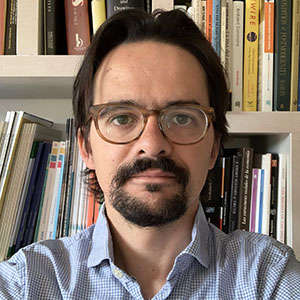 Carlos is a senior advisor to NUMO. Before joining NUMO, Carlos had the fortune of working on almost every continent — from Thimphu in Bhutan to Kampala in Uganda, as well as Bogotá, San Francisco, Bangkok and 40+ other cities.

His work has included directing more than 20 projects, spanning the development of a bicycle strategy for cities to the assessment of value capture mechanisms for mass transit and reviewing travel demand management policies in 12 Latin American cities and motorcycle use in others. He has also written 30+ articles and books, and has planned and executed 100+ capacity-building activities.

Carlos is a Colombian psychologist with a MSc. in contemporary urbanism from the London School of Economics. He has worked for development banks, United Nations agencies and cooperation institutions. He founded Despacio.org in 2008 and was executive director until joining NUMO. He is the proud recipient of the Cycling Embassy of Denmark’s 2018 Leadership Award.