STATEMENT: Investing in Public Transportation Is Investing in a Just Economic Recovery; Congress Must Provide Increased Transit Funding Beyond This COVID-19 Stimulus

The following is a statement from Harriet Tregoning, director of NUMO, the New Urban Mobility alliance, regarding the Consolidated Appropriations Act of 2021.

"NUMO welcomes the inclusion of $14 billion in transit funding in the Consolidated Appropriations Act of 2021 passed by the United States Congress.

“The COVID-19 pandemic has shaken our country to its core, starkly highlighting existing inequities, giving rise to new transportation and economic crises and renewing urgency to combat the growing climate crisis. Transit systems are struggling like never before and have been forced to consider drastic service cuts that would disproportionately impact low-income households and communities of color. The $14 billion in aid promised to transit agencies in the current stimulus package will ward off the worst of these cuts, but amounts only to a weak shot in the arm. Federal resources and support are desperately needed to stabilize and build a sustainable transportation system that gives all Americans access to economic opportunity during this crisis and beyond.

“During the pandemic, 2.8 million essential workers have relied on transit to reach frontline jobs in healthcare and other critical industries. But it’s crucial to remember that transit was essential long before this crisis, and that it will continue to be so long after. Decades of inefficient, discriminatory transportation investment and land development have made car ownership an expensive prerequisite to participation in American economic and civic life. We have built a system that excludes those who cannot afford personal automobiles and their associated costs. This burden falls most heavily on Black families. Black Americans are four times more likely to commute by public transit than White Americans. These inequities have been exacerbated by COVID-19 and the k-shaped recovery we are experiencing. Individuals making less than $27,000 per year have seen a nearly 20% drop in employment, while those making over $60,000 have seen a decrease of less than 1%. Investment in public transportation is a critical step toward increasing access to jobs and economic opportunity for lower-income Americans and others facing structural disadvantages.

“Finally, investment in public transportation is critical to achieving climate goals. Over the past four decades, the U.S. population has grown by around 40%, while the total land consumed has grown by about 60%. These sprawling land use patterns have necessitated ever longer trips, the vast majority of which are taken by automobile. According to the Environmental Protection Agency, transportation is the largest contributor to greenhouse gas emissions nationally (28.2% of GhG emissions in 2018) — and growing. Changing our land use patterns is an essential part of the solution, as is investing in a robust transit system that will reduce vehicle miles travelled by automobiles, thus cutting emissions and related pollution.

“Our transit systems need emergency relief well beyond the $14 billion in the current stimulus package. NUMO will continue to advocate for additional relief funding in 2021 to reach the $32 billion initially proposed by the House of Representatives in the HEROES Act.

“With regard to the 2021 annual appropriations portion of the Consolidated Appropriations Act, the increase in appropriations for the Federal Transit Administration is a welcome sign of Congress’ support for public transportation. But increased funding — while absolutely critical to the short term recovery of transit systems — will not be adequate in the long run. In addition to financial resources, we need to fundamentally rethink our transportation system, its purpose and how we measure its performance. We must build and sustain an equitable transportation system that allows people to reach jobs, healthcare, education and other critical services affordably and conveniently. In other words, we need a transportation system that provides what really matters: access to economic opportunity for everyone.”

NUMO, the New Urban Mobility alliance, is a global organization that channels tech-based disruptions in urban transport to create joyful cities where sustainable and just mobility is the new normal. Founded in 2019 as an outgrowth of the Shared Mobility Principles for Livable Cities, NUMO convenes diverse allies and leverages the momentum of significant revolutions in mobility to target urban issues — including equity, sustainability, accessibility and labor — impacted by the shifting transportation landscape. NUMO is hosted by WRI Ross Center for Sustainable Cities. 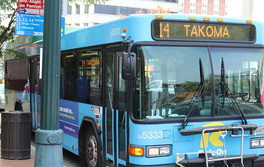 Biden's American Jobs Plan commits to substantial transportation funding and a focus on equity, but must prioritize goal-oriented investments and access to opportunity. 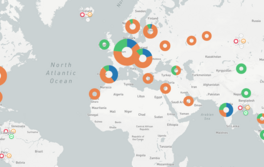 The NUMO New Mobility Atlas as been updated to reflect changes to the dockless shared mobility landscape in cities around the world. 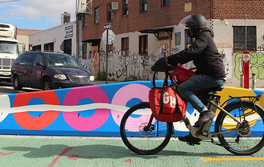 NUMO welcomes the confirmation of Pete Buttigieg as United States Secretary of Transportation and looks forward to working with President Biden's administration to advance more equitable and sustainable transportation for all. 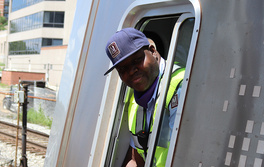 A graphic to assist public transit agencies in mitigating risk of transmission as well as adapting their own guidelines and mandates regarding safe operating conditions during the COVID-19 pandemic. 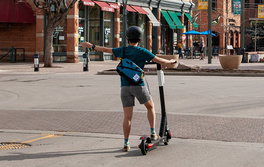